The latest international news, collaborations, events, and missions in life sciences and health.

eHealth and elderly care mission to Germany with a royal touch

In the beginning of November more than 4300 attendees from all over the world visited BIO-Europe in Copenhagen, the largest European partnering conference for biotech and biopharma. The conference welcomed a strong delegation of over 150 Dutch biotech entrepreneurs. The well-attended Health~Holland Pavilion served as the central information point for international visitors with questions regarding the Dutch business and innovation climate and the national life sciences & health sector. During the Hospitality Reception on Tuesday, the Health~Holland Pavilion was the epicentre of BIO-Europe. All in all, a very inspiring and successful edition!

We are already looking forward to BIO-Europe Spring in Vienna, March 25 – 27, 2019. HollandBIO members are eligible to a €300 discount per person on the regular registration fee, more information will follow soon.

During the Flemish-Dutch political top meeting on 5 November in Middelburg, a Memorandum of Understanding (MoU) was signed by state secretary Mona Keijzer from the Ministry of Economic Affairs and Climate Policy and Secretary-General Johan Hanssens on behalf of Minister Muyters from the Flemish Department of Economic, Science and Innovation in the area of Personalised Medicine. This MoU strengthens the collaboration between Flanders and the Netherlands on this theme for the next five years.

Flanders and the Netherlands already collaborate successfully on regenerative medicine, through a public-private partnership called Regenerative Medicine Crossing Borders (RegMed XB). An extension of the collaboration between them on a broad scale of subjects in the area of personalised medicine is the next logical step. The MoU signed on 5 November will increase collaboration on mission-driven research and development, innovation and entrepreneurship in the area of personalised medicine during the next five years. With the MoU Flanders and the Netherlands aim to consolidate the strengths of both private and public parties across the borders.

The signing of the MoU took place in the presence of Minister President Rutte and his Flemish counterpart Bourgeois and will be continued in the spring of 2019 by a research agenda. The agenda will contain at least the existing subtheme regenerative medicine but also the additional subthemes: cell-based technologies; prevention and lifestyle medicine; personal data infrastructure and management. The Flanders and the Netherlands now have a common agenda in which the ambitions are noted for groundbreaking technologies like Organ-on-a-Chip and data FAIR principles. By consolidating strengths across the borders, new combinations of expertise and technology are brought together that can be scaled up and made available for large groups of patients.

The Top Sector Life Sciences & Health (Health~Holland) will work on the programme and research agenda together with the Ministry of Economic Affairs and Climate Policy, the Flemish Department of Economic, Science and Innovation and involved stakeholders over the next few months.

Read the latest news on RegMed XB: Who now accelerates the development of therapies for four chronic diseases instead of three.

Alnylam Pharmaceuticals, the leading RNAi therapeutics company, announced the opening of its new office in Amsterdam. The decision reflects Alnylam’s belief in the combination of talent, infrastructure, R&D ecosystem and world class academic hospitals offered by Amsterdam and The Netherlands. It also recognizes the Netherlands as an open, collaborative environment in which highly innovative businesses can thrive.

Barry Greene, President, Alnylam Pharmaceuticals, said: “We are thrilled with our growing presence in the Netherlands, with scientific, medical, technical operations and commercial excellence. We have identified the Netherlands as a future hub of our European operations. This is testimony to the country’s vibrant biotech ecosystem and to its attractive environment, which makes it possible for companies with groundbreaking innovation to flourish. We are grateful to our partners amsterdam inbusiness, Health~Holland and Invest in Holland Network as well as to the City of Amsterdam, for supporting Alnylam with enthusiasm and determination at every step of the journey”.

Wouter Bos, CEO of Invest NL, said: “Alnylam Pharmaceuticals’ decision to establish a new office in Amsterdam is a logical one, because we share the same focus on high quality research. Dutch universities are ranked among the world’s top 2% – an exceptional position. Amsterdam, home to the Vrije Universiteit and the University of Amsterdam, has the biggest student population in the Netherlands. In my former position as CEO of the VU medical center, now called Amsterdam UMC, we highly appreciated the collaboration of Alnylam with our university. And I expect that that our mutual concern for science, collaboration and outstanding research will contribute to the success of Alnylam in the Netherlands.”

Hans Schikan, PharmD, Chairman a.i. of the Top Sector Life Sciences & Health, said: “The Netherlands is a leading life sciences hub and has all necessary ingredients to become a global top player. Strong science, solid entrepreneurship, a facilitating government and engaged citizens, coupled with a strong desire to collaborate, form the fertile Dutch soil in which partnerships can grow. We welcome Alnylam in our flourishing community.”

The Dutch business delegation was formed by 25 organisations who were eager to learn more about the two German states and to network during the mission that took place from 10 to 12 October.

One of the German states, Rhineland-Palatinate launched the ‘Gesundheit & Pflege 2020’ programme aimed at connecting outpatient and inpatient care. The biggest challenges include demographic changes (ageing), securing good care, maintaining small rural hospitals and safely using eHealth. Naturally, there was a well-balanced mix of innovative Dutch eHealth and elderly care organisations in the business delegation, such as Active Cues, Sensara, Zo-Dichtbij and VANAD Group, who were all keen to present their smart solutions.

The mission was particularly special due to the presence of Minister Sigrid Kraag, Minister Hugo de Jonge, His Majesty King Willem-Alexander and Her Majesty Queen Máxima. They also attended the trade dinner and the visit to Saarland University Medical Center (SUMC) where a cooperation agreement was signed between Logis.P and SUMC in the presence of the royal couple.

Besides the visits to Caritas (largest care organisation in Germany), the IKK Experience Center, the Saarland University Medical Center and Fraunhofer Institute for Experimental Software, there were also workshops, networking opportunities and individual matchmaking.

The power of networking during the mission can be best captured by one moment. At Caritas, one of the Dutch participants, Active Cues, pitched his smart solution “Tovertafel” to a group of invited German participants. The ‘“Tovertafel Original” is a fun care innovation that connects elderly people in the late stage of dementia.

After the pitch, the director of a German elderly care centre said: “What a great solution! Unfortunately, I’m here only by myself but what I would really like to do is to invite you back at a later point. Then I can gather several of my colleague directors and see a demo of your product because I think it would be very interesting for them as well. Would you be able to do that?” The answer was, of course, a resounding yes.

This is what trade missions are about: that one magic moment.

Ernst Nagel, Operations Director Top Sector LSH: “I really advise Dutch SMEs who are looking for international contacts to join such missions abroad. It not only helps you to get in contact with the right international players, but it also functions as a tool to network intensively with other Dutch organisations.” 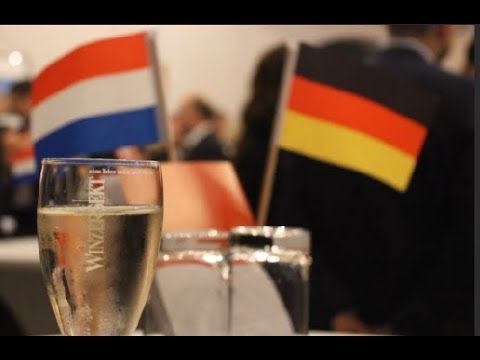 The Life Sciences and Health (LSH) track to Cali & Bogota (Colombia) was led by Secretary General of the Ministry of Health, Welfare and Sports Erik Gerritsen. It took place from 25 to 29 November and was part of the Economic Mission led by Prime Minister Rutte.

Colombia and the Netherlands are no strangers, and the Netherlands has a warm and active relationship with policymakers and decision-makers in the Colombian health sector. Over 25 organisations from the Kingdom of the Netherlands participated in the highly interactive healthcare track with hospital visits, seminars and an overflow of matchmaking appointments.

After the kick-off meeting and an informal meet & greet with Secretary General Erik Gerritsen, the LSH delegation visited the high-tech Valle de Lili University Hospital (third best hospital in Latin America according to the ranking of AméricaEconomía magazine) in Cali where they were given a tour of the diagnostics, trauma and integrated medical centre.

Despite the expansion of high-quality private hospitals and the growing healthcare system, Colombia has remote and scattered areas with worrying health indicators. The country is, therefore, striving to increase quality health services to rural health areas with projects such as MIAS. On the second day of the mission, the LSH delegation visited the Hospital Raul Orejuela Bueno Palmira rural health post where they listened to a presentation about the successful MIAS project. The Comprehensive Health Care Model (MIAS) is reported to have made historic improvements in health indicators in the province of Guania, such as access to health services increasing from 17% to 79% and zero maternal death. This model can be replicated in other regions of Colombia according to Public Hearing on the Implementation of MIAS.

The final day of the mission in Bogotá was quite memorable as almost all 160 participants attended the interministerial dialogue on the subject of “Strategies to Improve Health Sector Quality“ with Dutch Secretary-General Erik Gerritsen and Colombian Vice Minister Mr Iván Gonzalez.

Bart Scheerder – UMCG: "We established a large number of contacts and of course connecting with people is one of the key things during missions."