At the Dutch Life Sciences Conference, Chretien Herben, director of the LifeSciences@Work Accelerator, announced RadiQual Surgery as winning team of the 16th edition of the Venture Challenge. RadiQual Surgery has developed a worldwide unique product called Logi-Knife that enables surgeons to make use of high quality diagnostic imaging data for real-time 3D surgical navigation during their surgical procedures. Using Logi-Knife, surgeons are able to perform the perfect cut to cure cancer.

According to the Venture Challenge Jury the technogical innovation of RadiQual Surgery addresses the high medical need to optimize the success of tumor resection surgery. Radical Surgery presents a missing link in today’s cancer surgery. The fact that several clinical trials are already running and 20 surgeons positively used the new system with 50 patients ultimately lead to the jury’s winner decision. The RadiQual Surgery Logi-Knife has been developed at the Netherlands Cancer Institute – Antoni van Leeuwenhoek by surgeons for surgeons, resulting in an intuitive and clinically relevant product. The team exists of professor in Oncology Theo Ruers, engineer Jasper Nijkamp and surgeon Koert Kuhlmann.

The RadiQual Surgery Logi-Knife provides the surgeon with a patient specific 3D anatomical map and real-time visualization of their surgical tools on this anatomical map. The technology allows to follow tumor movement during the surgical procedure and in this ways leads to continuous real time visualization of the surgical instrument in relation to tumor tissue and surrounding healthy tissue.
For most cancer types, surgery is the only curative option. Although complete removal of the tumor is essential  to  prevent  cancer  recurrence,  surrounding  healthy  structures  should  be  spared  to  avoid complications and to maintain quality of life in cancer patients. Preoperative diagnostic imaging plays a very important role to assess the feasibility of surgery, and to decide on the surgical approach. However, during the actual surgical procedure the imaging information is not used, simply because the surgeon is not able to interact with the images.

“The Logi-Knife is applicable in a broad range of surgical procedures, such as rectum, colon, liver, lung, and breast cancer”, says Jasper Nijkmap, co-founder. “According to surgeons the Logi-Knife will help to cure more patients, reduce side effects, and assists in complex decision making during surgery”.

The other participating teams were STENTiT, GEN-X, AGILeBiotics and BIOND.

On Friday 30 September 2016, a delegation of the Top Sector Life Sciences & Health (LSH) visited the province of Flevoland to discuss shared economic challenges in entrepreneurship. Mr Appelman, a member of the Flevoland Provincial Executive, invited Nico van Meeteren, Ernst Nagel and Top Team members Hans Schikan and Len de Jong to meet regional biotech and medtech SMEs, schools and hospitals. He presented the economic programme of Flevoland and its focus areas for the coming years. Within Flevoland, innovation should also be realised by scale-up strategies, for example. Furthermore, Flevoland is developing its own human capital agenda to ensure the right education for future LSH employees. For all attendees such a meet-up is a perfect way to explore common goals and challenges at a national and regional level within an informal setting. Many SMEs describe Flevoland as a welcoming environment with a lot of support programmes to develop their innovations. The constructive visit will definitely be repeated in a year from now.  ​

Send an e-mail with your news item to info@health-holland.com and we will place it on the news page of our website and/or in the Health~Holland Update!

On 18 October 2016, the three winners of the National Icons 2016 were announced by the Minister of Economic Affairs, Henk Kamp, during the television programme ‘De Wereld Draait Door’. One of those winners is ASML with the invention Lighthouse, which enables ways to develop cancer diagnostics without radioactive waste. Top Sector Life Sciences & Health (LSH) is very pleased with the prestigious prize for ASML.

Following the footsteps of, amongst others, Hans Clevers’ ground-breaking stem cell research and Gijsbert van de Wijdevens’ bioneedle, ASML has been appointed as one of the three new national icons with their project Lighthouse. They are focussing on the production of the important medical radioisotope Molybdenum 99. Lighthouse can assist in improving the production infrastructure for this isotope, which is of great importance for medical diagnostics. This makes cancer diagnosis possible without radioactive waste.

The two other new national icons are the Growboxx of Groasis and REDstacks’ Blue Energy. The Growboxx is a plant cocoon for ecosystem restoration. It is an ‘intelligent bucket’ which can be used in arid regions to grow plants using up to 90% less water. The original design was made from plastic but the latest model is made from recycled paper and is biologically degradable. REDstack uses the energy produced by salt and fresh water in Reverse Electrodialysis (RED). When a small quantity of fresh water is added to salt water in a membrane pile (a stack), ‘osmotic energy’ is generated. This clean energy can be produced wherever rivers run into the sea, which where most of the world’s cities are located.​

Minister Kamp: “Blue Energy, Growboxx and Light House are Dutch solutions for worldwide challenges in the area of energy, agriculture and health. The new National Icons operate at top international level and are ambassadors for Dutch innovation. All three have huge economic potential and contribute to the Netherlands' worldwide sustainable ambitions."

The three companies will receive support from the Dutch government in the form of their own ambassador at ministerial level. This will expand their network at home and abroad and help them with finding partners, obtaining financing and dealing with regulations, as well as putting their product in the European arena. They will enjoy extra attention and will join the ministers on state visits, trade missions and trade fairs.

Among the ten shortlisted companies were LSH nominees Microsure (robot-assisted microsurgery) and Synthon (treatment of cancer directly at tumour cells). 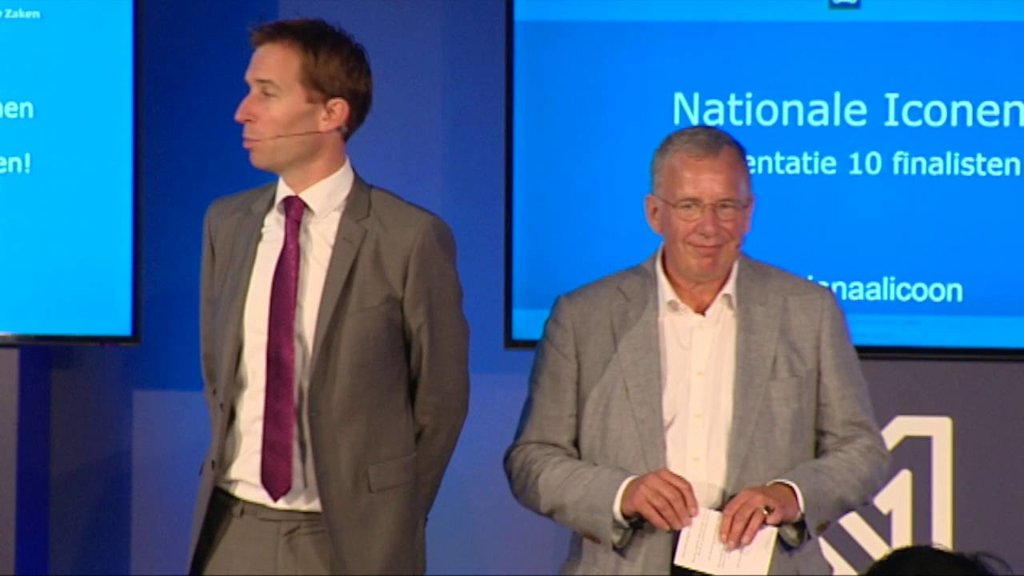 A memorable moment at the FIGON Dutch Medicine Days

During the Dutch Medicines Days in October, chairman of Top Sector LSH Jan Raaijmakers was rewarded with the prestigious title ‘Officer in the Order of Orange-Nassau’. He received this title from mayor Groeneweg (municipality of Vianen) for his endeavours and ongoing efforts to advance the Dutch Life Sciences & Health sector. Over the years, Raaijmakers has played a very important role in connecting the various stakeholders in the LSH sector. Raaijmakers was really surprised and honoured with the special announcement at the FIGON Dutch Medicine Days.

Top Team member Hans Schikan: "The appointment by Royal Decree of Jan Raaijmakers as 'Officer in the Order van Orange-Nassau' is very well deserved. Over many years Jan has contributed significantly to innovation in life sciences in the Netherlands, in many roles and responsibilities, but always with a strong commitment to public-private partnerships as a major platform for collaboration, innovation and valorisation."

You can only connect different stakeholders if you understand them properly. Raaijmaker's wide-ranging experience makes him the ideal person to advise the LSH sector on public-private partnerships. First of all, Raaijmakers has a great career at the large pharmaceutical company GlaxoSmithKline, as among others Director of Science and Business Development, Commercial Director and Vice President External Scientific Collaborations Europe. Second, Raaijmakers has been a professor of Pharmaceutical Sciences at the Utrecht University since 1998. And, additionally, he also fulfills several board and advisory roles for Top Institute Pharma and Lygature, Utrecht Centre of Excellence for Affordable Biotherapeutics for Public Health (UCAB), Enabling Technologies Hotels and Proper Use of Pharmaceuticals (Goed Gebruik Geneesmiddelen) of ZonMw, and the Matwin platform that supports the maturation of research projects in oncology.

In February 2015, Minister Kamp of Economic Affairs appointed Raaijmakers as chairman of Top Sector LSH. With his experiences and enthusiastic way of communicating Raaijmakers informs and inspires many people working in the sector. He stepped into an era of growth and alignment based on collective ambitions and programming. With Raaijmakers a Top Team, steering board and executive office have been formed that with him are part of the driving force behind regenerative medicine, the top institute on cancer, the applied research agenda ‘Health’, and the European Lead Factory. All of these initiatives are strong sustainable public-private partnerships that support the sector and may inspire others to align as well.

“Over the years, professor Raaijmakers has been instrumental in unifying the Dutch life sciences into the powerful force that it is today. It is a very appropriate achievement that has been recognised with a royal decoration,” said Lygature Managing Director Jorg Janssen. “The positive impact of his efforts will not only be felt by the life science community, but by patients throughout the Netherlands and beyond.”