This April the Netherlands hosted a modest but attractive Health~Holland Pavilion at the BIO-Europe Spring in Stockholm. This leading partnering event turned Stockholm into a global biotech hotspot for a week.

Thanks to the striking Health~Holland Pavilion and more than 100 Dutch participants who wore eye-catching orange key-cords, the Dutch presence did not go unnoticed. At the Pavilion, the Netherlands presented itself as an attractive country for establishing a biotech company, as an innovative business partner, and as a successful location for R&D.

The 'Biotech-in-the-Spotlight Corner', powered by 3D-PharmXchange and Pivot Park Screening Centre, gave individual Dutch companies the chance to present themselves at the Pavilion. And as always, the Pavilion served as a living room away from home for all Dutch delegates.

The Dutch at various International missions

Dutch Health IT Team in Berlin

Three international events where there Dutch LSH sector was represented.

Economic trade mission Germany 12-14 April 2016
In the presence of the Dutch Royal Couple, and led by Minister Ploumen, Task Force Health Care in cooperation with the Netherlands Enterprise Agency organised an economic trade mission to Bayern, Germany. A total of 31 organisations participated in the programme with a focus on medical technology and eHealth. Following the kick-off meeting the Dutch delegation visited KUKA Healthcare centre, Siemens Healthcare, participated in private matchmaking and were present at a high-level networking event.

From 17 to 20 April Task Force Health Care in cooperation with Top Sector LSH organised the Holland Pavilion at the China Medical Equipment Fair in Shanghai. Seven Dutch companies exhibited under the Dutch flag. The exhibition broadly covered tens of thousands of products (such as medical imaging, in vitro diagnosis, electronics, optics, first aid, rehabilitation nursing, medical information technology and outsourcing services) as well as services to the entire medical industry chain from the source to the end of the medical equipment industry.​

From 10 to 13 April Task Force Health Care and the Netherlands Enterprise Agency organised a Life Sciences & Health Programme for an SME trade mission to the Islamic Republic of Iran. A total of 12 Dutch LSH companies formed the first Dutch health delegation. Collective visits to the Ministry of Health of Iran, a public and private hospital, and a medical distribution centre were successfully organised. In addition, the Dutch delegation was offered private matchmaking and roundtable sessions with Iranian companies and institutions. On the last day an official trade dinner completed a fruitful visit to Iran.

The Dutch team’s goal in Berlin was to encounter potential business partners, and to scout the environment for investors, partners in innovation, inspiration for doing international business, and more. It is sometimes challenging for small and medium companies to cross the bridge to international markets, and this action was designed to facilitate their efforts. Oost NV, along with partners, organised contact opportunities for networking, matchmaking programs, and various forays throughout the Berlin-Brandenburg region for the attending Dutch companies. The Dutch Digital Health Night was the climax of this campaign, which was highlighted by pitches, keynotes, and was followed by a reception at the Dutch embassy location for guests from all over the world.

This campaign was co-executed with regional, national and international partners and is an outstanding model for future cooperation. On towards 2017!​ 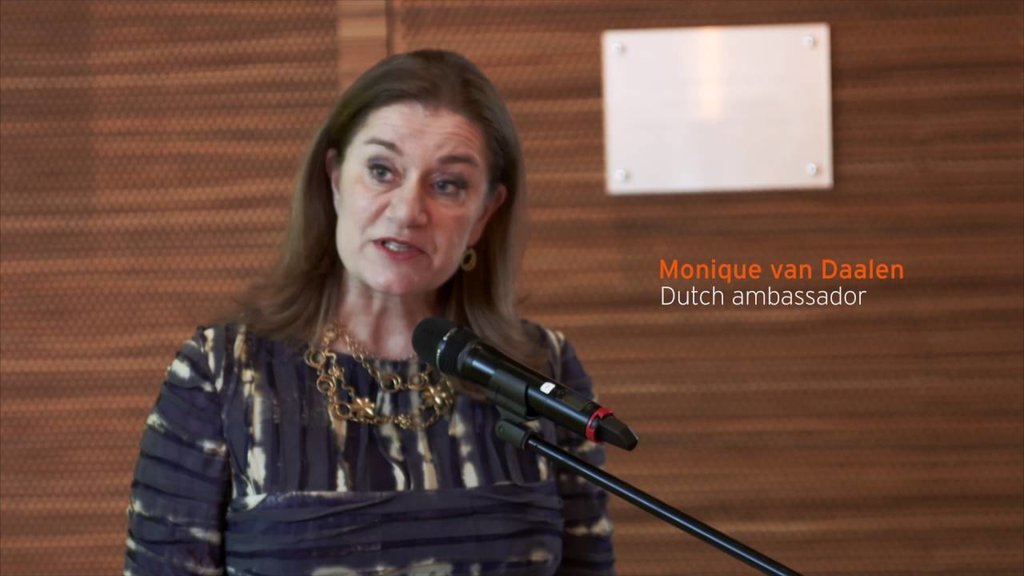