Innovation for Health 2016: Vibrant and Entertaining

Atmospheric music plays and a lady elegantly glides across the stage. Who would have guessed that this scene was part of a conference on healthcare innovations? The third edition of Innovation for Health was a vibrant networking event, as well as an entertaining showcase of healthcare innovations. Top Sector LSH was main partner of it event.

On 18 February 2016, the bright hall of Rotterdam’s World Trade Center filled with more than 800 entrepreneurs, scientists, government representatives, healthcare professionals, and patient representatives. They met to exchange ideas and start collaborations with the common goal to shape the future of healthcare.

The elegant lady described above kicked off the keynote lecture of Frans van der Helm, Professor in Biomechatronics and Human-Machine Interaction at Delft University of Technology. The lady demonstrated LEA, or lean elderly assistance. LEA is a smart rollator that, among other things, reminds its elderly owner to take medication. LEA can also track the owner’s location, which may be useful for people with dementia.

Professor van der Helm’s lecture was full of healthcare innovations that promote a healthy lifestyle and improve the patient’s quality of life. This focus on quality of life and vital functioning was a recurring theme at Innovation for Health 2016. “We need a healthcare system not based on curing disease, but on promoting health and vitality. The patient should be in charge, or actually the individual who does not want to become a patient’, said Innovation for Health’s chairman Ton van der Steen.

As main partner of this event Health~Holland was part of the plenary programme. Prof. Jan Raaijmakers shed light on the Dutch life sciences and health sector and the role of the Top Sector LSH. Raaijmakers showed some successes of the medtech, biotech and healthcare on a national and international level.

"We have the knowledge and entrepreneurship on a global basis, which helps us as the Netherlands to be a major player and extend our position in the future," according to Raaijmakers.

The conference featured many healthcare solutions for elderly people, but there were also innovations for the very young. Sylvie Claes was one of the presenters at Innovation for Health 2016’s Design Expo. Together with Miguel Cabral Guerra, Jiachun Du, and Lisa Malou Smits, all students of Eindhoven University of technology, Sylvie developed a swaddling blanket for premature babies. The blanket is called Hugsy. Sylvie explains: “Hugsy can be used in neonatal intensive care units. It aims to reduce the baby’s pain and stress, for instance by recording and later simulating the mother’s heartbeat. This is important for a healthy development of premature infants.”

In its three year existence, Innovation for Health has become the premier event on healthcare innovations. Hope to meet you there next year! 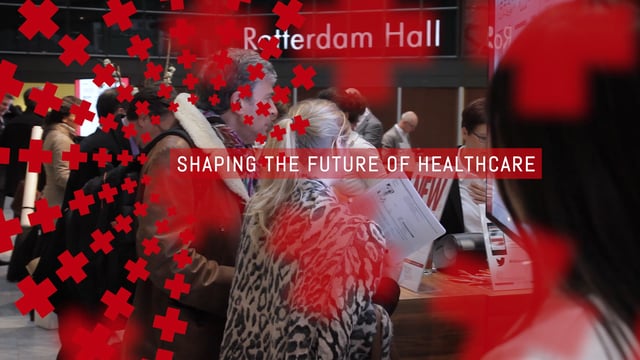 "The Innovation for Health Congress in Rotterdam shed an intriguing light on the future perspective of health and health care. As a Top Sector we are curious to see what will established in 365 days from then."

Launch National Centre for One Health

Antibiotic resistance and infectious diseases such as zika and Q fever are having an increasingly large impact on humans and animals, particularly in a densely populated country like the Netherlands. Experts in the areas of human and animal health are therefore joining forces. Edith Schippers, Dutch Minister of Health, Welfare and Sports, has opened this Netherlands Centre for One Health (NCOH) on 4 February.

“The establishment of the Netherlands Centre for One Health – a world first – demonstrates that we can consolidate our strengths in human health, in animal health, and in the environment. It is a major and important step”, says Minister Schippers. Although Dutch doctors and veterinarians have become increasingly reticent in their use of antibiotics in recent years, this is not yet the case in many European countries. For this reason, Minister Schippers wants to put the subject of antibiotic resistance on the European agenda during the Dutch presidency of the EU.

Research into humans and animals

The NCOH is bringing together knowledge in the areas of human and animal health. Leading scientists are setting up joint projects in order to control and prevent the threatening resistance problem. Different cattle feed, research into new medicines, treatment methods and methods to prevent spreading are some of the themes being addressed. This is the first time that medical, veterinary and environmental researchers are cooperating together this closely, and with the full support of the Dutch top sectors of Life Sciences & Health and Agri & Food. The centre’s base is prevention: Don’t wait until a problem arises, but prevent problems from occurring. “By combining all scientific knowledge we are able to make breakthroughs faster in the field of emerging infectious diseases and antibiotic resistance,” says Anton Pijpers, one of the initiators of the NCOH. “An example is the development of new vaccines, new antibiotics or alternatives.”

The concept of One Health stands for promoting the health of people, animals and the environment by carrying out coherent research within these fields. Tackling Antimicrobial Resistance is one of the four areas of focus of the new virtual institute. One Health will also be carrying out research into Smart & Healthy Farming, Healthy Wildlife & Ecosystems and Emerging Disease Preparedness, thus controlling new infectious diseases that are transmitted from animals to humans. The latter theme is a topical issue. At the end of January, it became clear that the Netherlands already has its first patients suffering from the zika virus. In recent years, there have already been outbreaks of bird flu, Mers, Ebola, Sars and Q fever around the world. The theme of One Health is particularly important in a densely populated country like the Netherlands. Seventeen million people live closely on a small piece of land, together with 120 million animals. Infectious diseases that arise elsewhere in the world can easily travel to the Netherlands. And vice versa. Prevention of and combating infectious diseases are a global need, and that can only take place by combining knowledge and expertise.

“The NCOH will make it possible for us to realise far faster breakthroughs in the area of emerging infectious diseases and antibiotic resistance,"

"Unlike Zika and Ebola, antimicrobial resistance rarely hits the news headlines. Yet the increase in resistant bacteria is undermining our healthcare system, slowly but surely. Every year, as many as 25,000 people in Europe die from untreatable bacterial infections. We’ve already done a great deal of paperwork on this: now is the time for action." These words were spoken by health minister Edith Schippers at the opening of the European ministerial conference on antimicrobial resistance.

Here are some highlights of the speech of Minister Schippers at the opening of the conference:

Even in countries where resistance rates are relatively low, like in the Netherlands, the consequences of antibiotic resistance sneak up on us.

I am convinced that there is room for stronger cooperation within the current competencies. Because the fight against antimicrobial resistance is not about competencies. It is about political will. Political will to take real action.

So let us move from words to deeds. From paper to practice. From the drawing table to implementation.

Watch the video: How fast can bacteria spread? 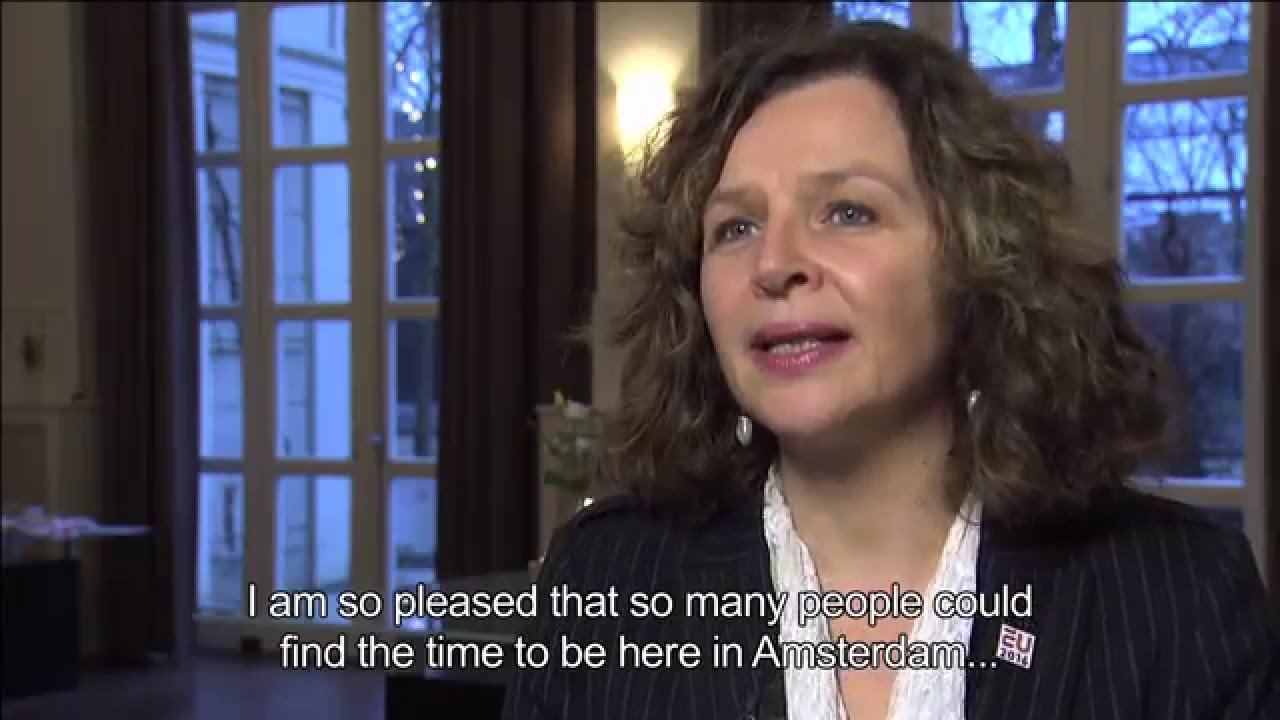 On Monday 15 February many of the LSH stakeholders and partners combined their intellectual forces to consider the use of a new finance instrument Health Impact Bond (HIB) to supercharge social innovation and cost-reductions in the LSH sector. This initiative was led by PGGM and Society Impact. With the help of several examples of elegant and evidence based, but at the same time (almost) stranded innovations, the instrument of the HIB was debated in several workshops. The congress concluded in some next steps to further explore, develop and use the HIB instrument, most probably in combination with the recently provided EZ-VWS-RVO instrument “Health Deal”, where policy makers should formally commit themselves to join forces to implement innovations via the assistance of breakthrough policymaking. 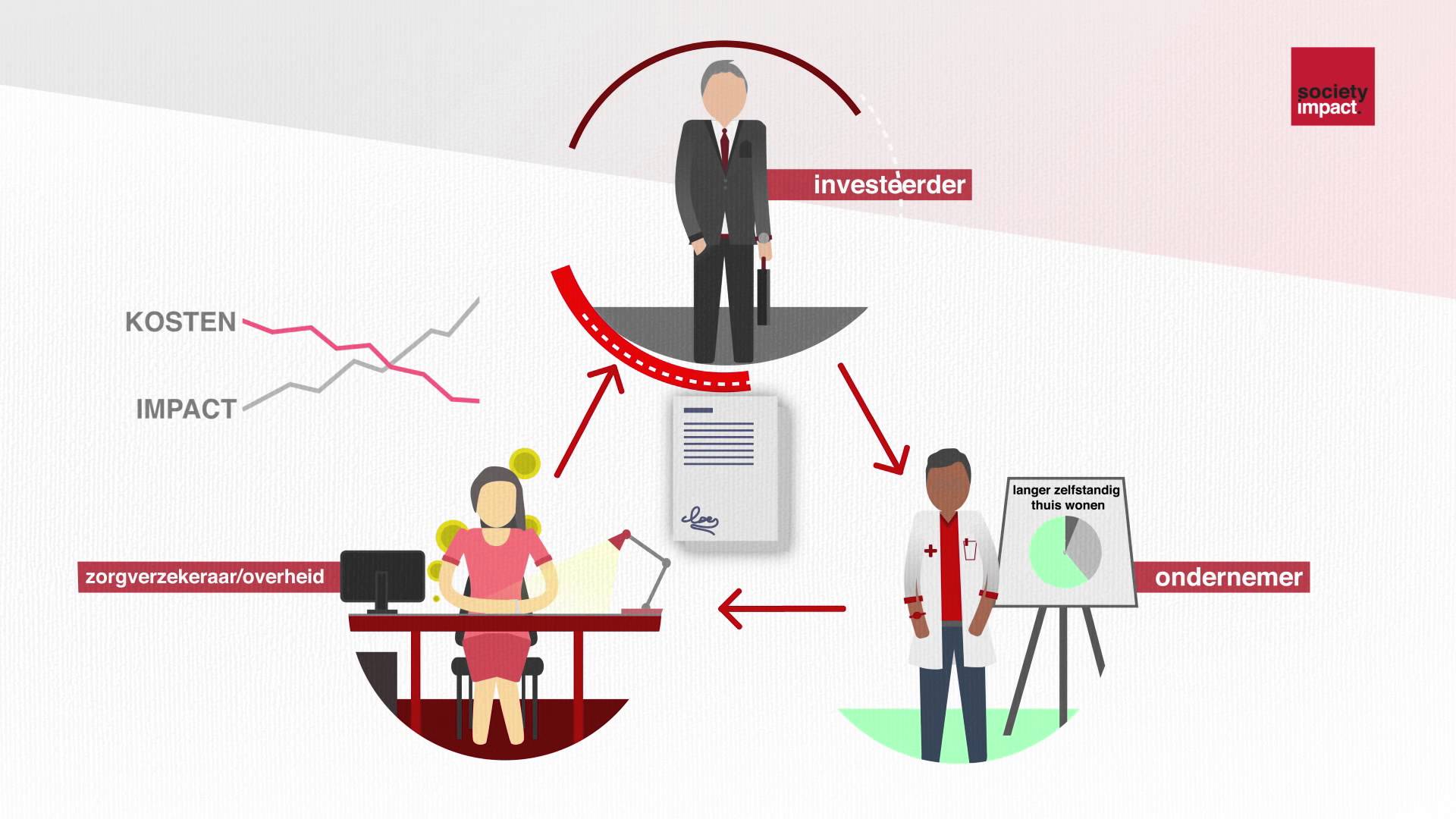 "Where crossovers lead to Innovation" was the theme of this year’s Health Valley Event in the Cinemec Nijmegen. Each year everyone who is actively involved in innovations within the field of Health and Life Sciences meets at this event. With a packed Cinemec approximately 1000 participants discussed how to build bridges and scale up innovation.

The day offered a packed programme with speakers like Melvin Samson, Albert van den Berg, Bas Bloem and Pauline Meurs. Both businesses and organisations got the opportunity to gain greater visibility in the field of health and life sciences and to meet potential buyers or collaboration partners. Partnering and crossovers are also vitally important for the Top Sector LSH and so Health~Holland was present at the event.

Many new innovations were shown during the day. The parade of paraplegia patients who were able to walk on stage with an exoskeleton was impressive. Innovations like this need to find their way to patients to completely change their lives and how they experience their world. Such innovations showed the need to collaborate and improve the patient's quality of live.

The day ended with the award ceremony of first National Healthcare Innovation award organised by Zorginnovatie.nl. With a remarkable 60% of the votes, medtech company Dovideq Medical won the 15,000 euros for their ScopeControl. This is the world's first dedicated endoscope measurement device to verify the quality of rigid endoscopes. Other nominees were SilverFit Rephagia and Enose. 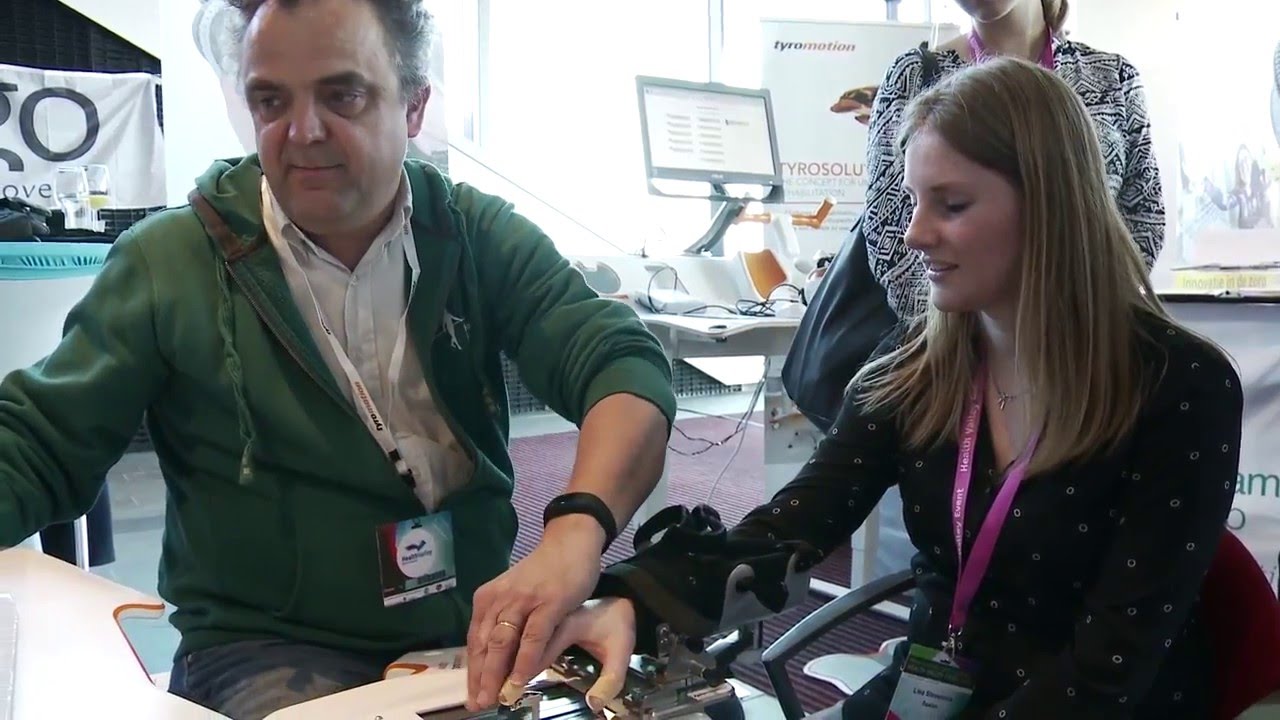