Mercurna announced as Venture Challenge winner at the Alumni Summit

Mercurna is developing a first-in-class precision medicine for chronic kidney disease, based on the identification of a unique kidney-targeting peptide. The start-up has already shown that in mice this peptide is able to encapsulate and deliver mRNA specifically into the cells of the glomerulus. Targeting this kidney filter directly avoids systemic side effects. In vitro models based on glomerular cells proved that from each delivered mRNA molecule several thousands of therapeutic proteins are produced by the cells, like anti-inflammatory proteins. These proteins are produced without the inherent safety issues of other therapies based on genetic information. This promising spin-off of the Radboudumc, consisting of Sander van Asbeck, Jürgen Dieker and Roland Brock, won the 15th Venture Challenge edition.

Chronic kidney disease (CKD) is a great unmet clinical need, covering a wide spectrum of diseases, commonly denominated by progressive, damaging inflammation of the glomerulus. More than 850 million people are affected worldwide. These patients are at risk of developing end-stage renal disease (ESRD), requiring dialysis and/or kidney transplantation to remove toxins from their blood. To slow the progression to ESRD, numerous systemic drugs are being used, which are known for their dose-limiting side effects. As a consequence, current CKD treatments are often ineffective in stopping progression of the disease from early stage to late stage. The CKD market for the Western world therefore surpasses 200 billion US dollars.

The announcement of the 15th Venture Challenge winner was part of the first LS@W Alumni Summit programme. The summit took place at the offices of LS@W partner Loyens & Loeff in Amsterdam. More than 50 start-ups in life sciences and medical technology that have participated in the Venture Challenge or MedTechpartner Meetings joined in an informal afternoon session. Seasoned entrepreneurs and new ventures exchanged knowledge, know how and experiences and enjoyed networking in the field of life sciences.

During the festive afternoon three life sciences entrepreneurs presented their pathways in the life sciences field. First, Bas Reichert, CEO of BaseClear explained how he started his company almost 25 years ago, in a time when starting a company was still something rare and everybody told him not to do so. Against all advice, Bas did it anyways and built BaseClear into the successful company it is today. He still proudly owns the entire company. Second, Giel Hendriks, CEO of Toxys, who elaborated on the change from researcher into entrepreneur. He highlighted that talking to many entrepreneurs is the key to success. Finally Marc Schellekens, CEO of LabHotel, showed how you can become a ‘multipreneur’ when you keep your eyes open and always look for opportunities.

Some sparring sessions gave the attendees the opportunity to discuss the essential aspects for a good enterprise even further. According to the experiences of entrepreneurs you have to have a good plan, meet the right people, and learn from your mistakes. With that in mind Loyens & Loeff started the networking during the afternoon drinks. Altogether, the Venture Challenge finals and Alumni Summit were a great success and we are looking forward to the next edition.

Want to join the next Venture Challenge? Please visit the website of LifeSciences@Work.

Building the Future of Health

A week filled with eHealth

Health~Holland represented in Groningen during this well-attended event.

Health~Holland and Task Force Health Care were present at ‘Building the Future of Health 2016. This large international conference took place June in Groningen, the Netherlands. It addressed a fundamental change in how we think about our built environment, public health and our healthcare system. The central question of Building the Future of Health: how can the built environment enable and support long, health, and happy lives? The event was divided into four themes:

1.) Healthy Cities and the Built Environment;

3.) The Architecture of Hospitals;
4.)  Healthy Ageing: A Users Guide.

The Building the Future of Health was organised as part of the Dutch EU chairmanship 2016, and featured over 150 prominent speakers. The event brought together professionals from various international backgrounds in design, policy, management, and healthcare.​​​​​​​​

On 24 June 2016 HollandBIO organised their Dutch Life Sciences SME Event which was a big success. The great line-up of biotech entrepreneurs attracted a record number of participants. The attractive programme included the launch of the sector vision Life Sciences 2030, presentations of Allard Kaptein (Acerta Pharma) and Onno van de Stolpe (Galapagos), four different workshops, many expert meetings, and networking opportunities during the barbeque.

The afternoon started with the launch of HollandBIO’s sector vision Life Sciences 2030 which was handed to David Pappie, Director Top Sectors and Industry Policy at the Ministry of Economic Affairs (see separate article). Allard Kaptein shed light on the evolution of Acerta Pharma. From its origin at Organon, the spin-out and defining team up with a US company, the combined technologies leading to unparalleled clinical data and finally, the company’s major deal with AstraZeneca. A great success story of inspiration and teamwork. Finally, Onno van de Stolpe showed that entrepreneurship in the life sciences indeed requires dedication. Van de Stolpe told about the exciting, 18 year-long journey of Galapos and how he managed to build the strong, integrated biotech company it is today. His advice to the many young entrepreneurs present: “Never give up, you’ll get there.”

With two rounds of parallel workshops and the opportunity to consult an expert of choice, the afternoon offered something for everyone. Appealing workshop themes like ‘Valley of death survival guide’, ‘Strategies for Growth’, ‘How to ru(i)n your business’ and ‘Success is a yellow Ferrari’ made it hard to choose. Some interesting lesson learned: choose your shareholders wisely, for example by performing the beer test: ‘if you cannot drink a beer with someone, don’t do business together’.

The barbeque offered plenty of opportunity to talk further and to share insights and personal experiences. Both HollandBIO and Top Sector LSH are looking forward to next year’s edition.

This year's eHealth Week 2016 was organised by the Dutch Ministry of Health, Welfare and Sport as part of the Dutch Presidency of the Council of the European Union, the European Commission and HIMSS Europe. This year’s educational programme focused on three main themes: Empowering People, Trust & Standards and Social Innovation & Transition.

Together with the Ministry of Health, Welfare and Sport, Nictiz, Zorg voor Innoveren and Task Force Health Care, Health~Holland was represented with a shared pavilion in the centre of the exhibition floor. On the first day Minister Schippers launched the first Health Deal at the pavilion. Followed by a live BNR show. Listen to the BNR show of Marijke Roskam at the eHealth week here. On the following days the pavilion buzzed with activity as delegates spoke to many representatives from the Dutch health sector specialised in eHealth.

Watch the highlights in the video below or view the eHealth week presentations​. 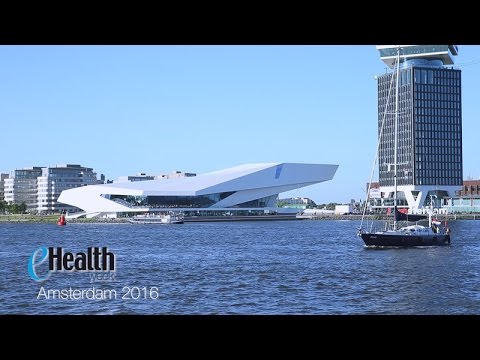