The Top Sector Life Sciences & Health has finalised the Innovation Contract (IC) for 2016-2017. This contract is in line with the previously published Knowledge & Innovation Agenda (KIA) 2016-2019 and includes an overview of the indicative investments of the sector's stakeholders for the next two years.

From KIA to IC
The overall ambition, as stated in the KIA, is to invest in new evidence-based Life Sciences and Health research & development for vital functioning citizens in a healthy economy. With this in mind, the Top Sector compiled the IC for the next two years. The main focus of the IC is economic growth and societal impact by means of public private partnerships in the Dutch LSH sector and transcending crossovers and international potential through competitiveness and market access. The IC has a total value of about 800 million euros of which a substantial part is contributed by the industry and patient foundations.

Signing the Innovation Contract
During the festive opening of the Delta Goot of Deltares in Delft on 5 October the chairmen of the nine Top Sectors and the Enabling Technology ICT, industry and entrepreneurs, science organisations, knowledge institutes and the Government of the Netherlands signed the overall Innovation Contract of the nine Top Sectors. On behalf of the Top Sector Life Sciences & Health chairman of the Top Team Prof. Jan Raaijmakers signed the contract. In addition to singing, the attendees experienced the first official wave in the Delta Goot. This resulted in wet shoes, socks and suits amongst others for the Ministers and the chairmen. 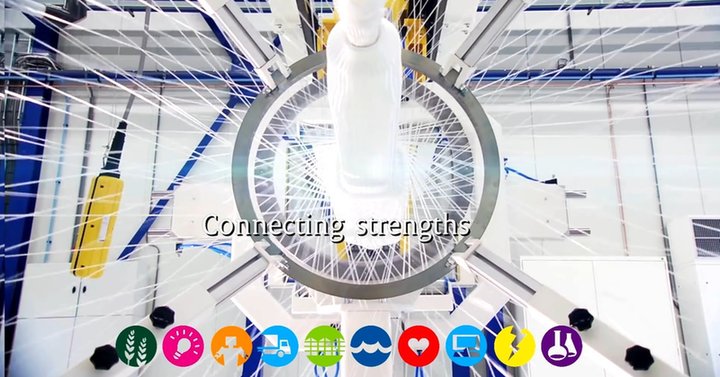 Special thanks to Colja Laane

Send an e-mail with news/updates to info@health-holland.nl and we will place it on the website or in the next edition of the Health~Holland Update!

For easy access to online information about Life Sciences & Health

Under the flag of Health~Holland, the Top Sector Life Sciences & Health (LSH) aims to connect and support innovative organisations active in the Dutch LSH sector. Therefore Top Sector LSH has launched the Health~Holland Portal. This user-friendly online gateway serves as the central information hub for life sciences and health SMEs and other organisations in the Netherlands and internationally.

The internet offers massive amounts of information. Being able to find the right information fast can be a challenge. In close collaboration with various organisations active in the Life Sciences & Health domain, Health~Holland has selected various useful sources of information and channelled these via the portal. The Health~Holland portal will be continuously extended and updated to become a comprehensive source of relevant sector information.

If your organisation offers valuable information for the sector, but has not been admitted to the portal yet, please complete the content information form. Health~Holland will review your submission before publication. Collaboration and knowledge sharing is the cornerstone of our Dutch successes. So join us to create one central hub that represents our innovative sector!

For more information on the Portal please contact Health~Holland.

A special thank you to Colja Laane!

We as the Top Team and Steering Group, as well as the TKI Bureau would like to especially thank Colja Laane who with effect from 1 November has completed his tasks for the Top Sector Life Sciences & Health. Colja has been totally committed right from the very start of the Top Sector LSH. Sadly we must say goodbye to this ex interim director who was specifically involved in building bridges within the Top Sector and in crossovers with other Top Sectors. At the start of November Colja became interim scientific director of the Rotterdam Eye Hospital. In April of this year he had already joined the Eye Hospital team for one day a week as a programme manager. Colja is still active in the Steering Group of Top Sector LSH and so his e-mail address remains laane@health-holland.com.

Worldwide, Dutch entrepreneurs and researchers, supported by amongst others the government and a wide range of investors, make a difference with their high quality knowledge and innovative products. New knowledge and technology requires partnerships. Partnerships in which entrepreneurs from large companies and SMEs, scientists, government and other stakeholders join forces to repeatedly and progressively innovate. These public-private partnerships (PPP) form the basis for the Top Sector approach, which started in 2011. Together industry, government and academia decide upon the direction of the strategies and policies.

The 2015 report shows that the Netherlands has risen from eight to fifth place as most competitive economy according to the World Economic Forum in 2015. Last academic year there was an increased interest in engineering and technical sciences at higher education institutes.

And the overall expenditure in the context of PPP rose to 814 million euros compared to 622 million euros in 2013. At the national level there is a consolidation of strengths between public and private organisations and at a regional level strengths are also increasingly intertwined. These regional initiatives collaborate with the Dutch government through shared instruments on financing, innovation and services to stimulate local and regional SMEs.

Continuation of the business policy is essential for preserving and even improving the current investment climate. The Top Sector approach is also important for addressing the societal challenges that we will face in the future. In the coming years the Top Sectors will focus, for example, on realising the Innovation Contracts 2016-2017. For the Top Sector LSH this includes the deployment of new start-ups up to large PPPs to address the topics of oncology, regenerative medicine, antibiotic resistance and One Health.